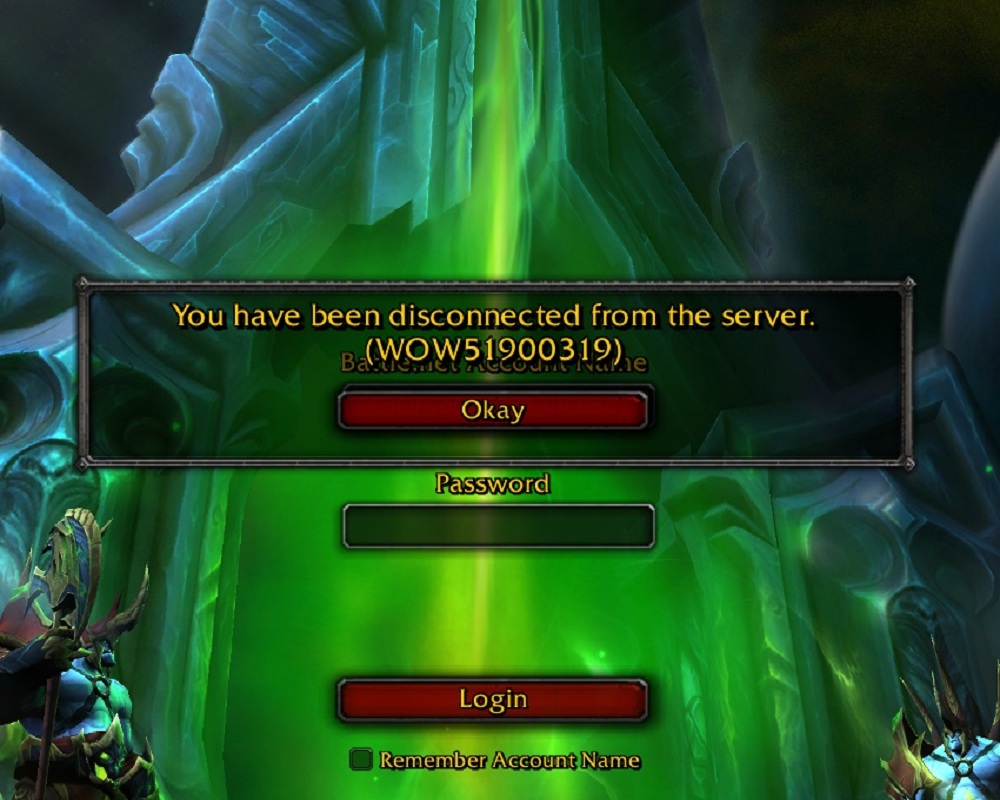 World of Warcraft is a hugely popular multiplayer online game. Sometimes users while playing the game get the error wow51900319. As we said earlier this error code means that the player has been disconnected from the servers of World of Warcraft. One of the real reasons for wow51900319 error could the increased network latency requirements from Blizzard. Users trying to increase graphic per frame or while doing some other work pressing alt + tab can also create the network issue and this error can be shown on the screen.

So there could be several reasons for this error but users need to find the actual solution for it which can solve this error. So in the post below you shall learn how to fix the wow51900319 error code.

FPS stands for Frame per Seconds; it is the pace at which frames or the images displayed on the screen. A lot of users change their FPS setting to play the game at high resolution but it can bring the error wow51900319.

So resetting the FPS setting may solve this error and you will be back on the game. So in order to set FPS at 30 follow the steps below:

As we said the network error could be the reason behind the wow51900319 error. Some users online also state that when user play the game on tethered 4G LTE connection then there are more chances of getting this error.

How to fix Network in World of Warcraft?

The reason behind this error can also be the Blizzard tightening up their network latency requirements. This could lead to servers of WoW to disconnect when the network stops responding. So, fast internet connectivity is a really important requirement while playing World of Warcraft. If you are on Wi-Fi network, then there are chances of fluctuations in the network, using an Ethernet cable in your PC for internet connectivity can solve this issue of WOW51900319.

So instead of going wireless try connecting wired internet connection for stability.

So these are some of the basic and relatable troubleshooting methods that can help to fix the error code WOW51900319 while playing World of Warcraft. Let us know which of the given method helped to get rid of this error. If you know any other trick then let us know in the comment box. If you have any suggestion or feedback you can reach through the comment section.