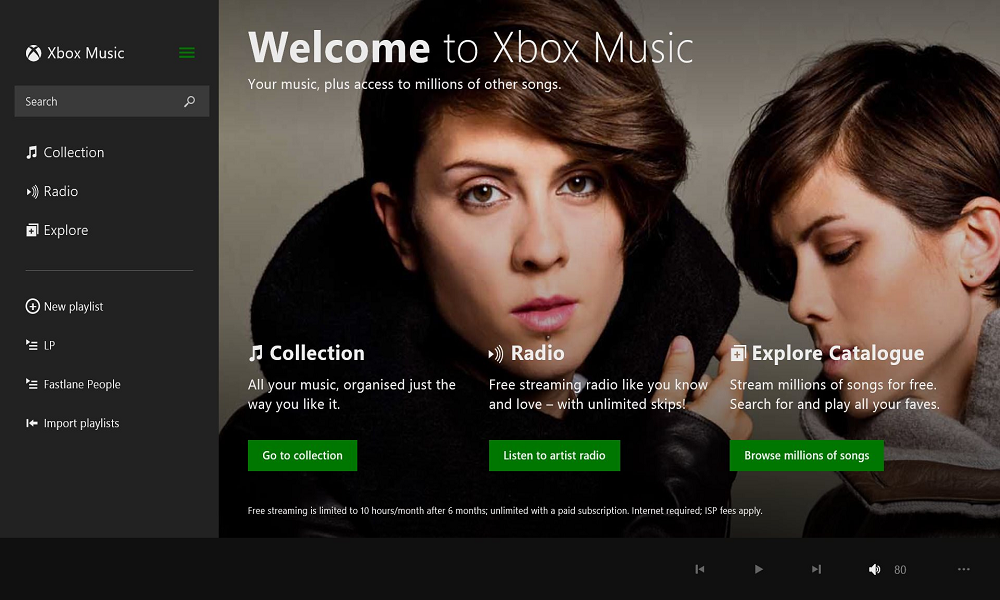 Xbox one has a recently to roll out the new features like Background music. It can be allows gamers to listen to their favorite songs while playing the latest Xbox One games. Without any affecting you can easy to support Xbox background music app on your Xbox one and start playing your favorite music, and then hit the Home button to resume your game.

If you are looking for the Xbox One background audio apps then here in this article mention all best background music apps that support Xbox One and enjoy games.

Pandora is world famous streaming services for all platforms, which covers millions of songs from thousands of artists. Now the recently updates to Pandora app now supports Xbox One background music. So now you can easy to Play your favorite tracks in the background, while heading to the first position in leader boards. The only disadvantage of Pandora is its availability limit: you can use in the United States, Australia and New Zealand.

The another best Xbox One background audio apps is called VLC media player, now it can be supporting a wide range of audio and video file formats to play in Xbox One background. It’s pretty compatible with all platforms like Mobile device, PC, Hololens and now Xbox one. The desktop operating systems and different mobile platforms can easily access the open source software. So what you think, hit to download button and play your favorite background audio on Xbox one.

Groove Music is similar to the above apps, which can be use for streaming services. And that covers the millois of songs to plays and downloads on your devices. In these cases you need to install the latest version of Groove Music after you can able to use the Xbox One background music feature.

Spoticast for Spotify is a Swedish app, which allows you to stream the podcast, music, and video on your device. So all xbox one game lovers to allowing all the tracks to enjoy, The app relies on YouTube to stream music and allows you to access your Spotify playlists.

Cast app now allows you to listen to your favorite podcast collection on your Xbox one. There is a simply ways to setup on your Xbox one account. You can switch your podcasts easily and can synchronize them over the Windows devices. Head to Xbox store and just type to Cast App that can be located to download the app and enjoy the favorite tracks behind the background.

iHeartRadio on Xbox One is the easiest way to play to your favorite music and radio for free. Enjoy thousands of the best radio stations from across the country or type in the name of an artist and get a station with music from that artist and other similar artists you’ll love. Stream iHeartRadio in the background as you’re gaming.

Simple music player app for Xbox that supports background music, which covers millions of songs to play and make a your favorite playlists, also it can be allows to transfer features on the apps, in this features through you can easy to transfer the tracks on the stick, plug it in to your Xbox One, launch the app, and hit the play button.

This app supports MP3, M4A, MP4, FLAC and WMA music file formats. The only disadvantage is that it can only play 200 songs at a time.

Spotify arrived in the Windows Store recently as a desktop version for Windows 10 devices, and not a special Universal Windows App that works on Xbox One devices. The new Spotify app for Xbox app will mean Microsoft’s console now has access to the popular music streaming service, Listen to Spotify on your Xbox One console.

Soundcloud is most popular streaming service provider for the whole platform, the service allows creators to easily upload their own tracks and share them across the globe. Also providing tools to discover and interact with artists on a more personal level, with official Xbox One and Windows 10 apps recently added to the lineup, both platforms now have direct access to Sound cloud’s on xbox one in background music.

MyTube is a one of the best YouTube player for all the platform. Here in this case you can easy to paly your favorite music in background of Xbox one game.

“MyTube!” is an app that perfectly showcases the power of universal Windows apps, embracing some of the best behavior of the platform. While YouTube has seemingly cast off its Xbox One efforts, MyTube! is a streamlined third-party solution that surpasses the official application in almost every way. After a $0.99 purchase, MyTube provides access to the core video playback and community features of YouTube, through a simple interface designed with Xbox One in mind.