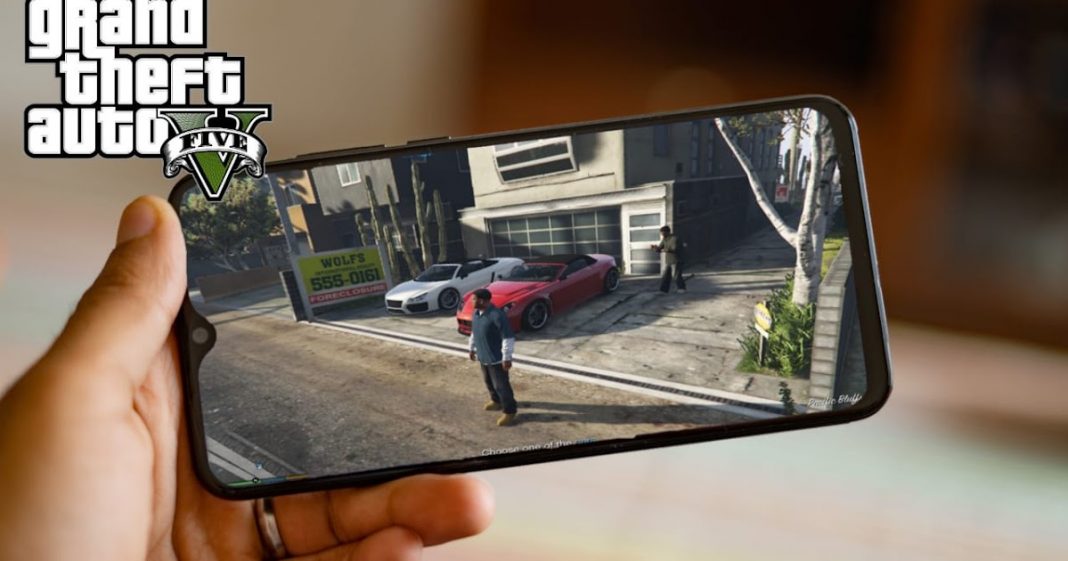 Since it was first released, the Grand Theft Auto video game series has amassed a cult of devoted fans numbering in the millions. Grand Theft Auto, often known as GTA, has reached its not so most recent installment, which is referred to as GTA 5 or GTA V. Rockstar Games is responsible for the development and distribution of Grand Theft Auto.

Even though the game is not officially available for Android devices in its current form, there are still ways for us to access it and play it on our mobile devices by utilizing a few workarounds. We will be able to play Grand Theft Auto V on our mobile devices without any difficulties if we apply techniques that involve both local streaming and the cloud.

How to Install and Play GTA V on Android Smartphones

In order to acquire access to the game through any of the following methods, you will need to perform specific instructions in the exact sequence that they are presented to you. It is important to note that these approaches are very different from one another, and as a result, you need to educate yourself sufficiently to choose which method is most suitable for you. Here, without further ado, are the three different ways in which you may play Grand Theft Auto V on your Android devices.

Local Streaming is a tool that helps us play GTA V on our Android phones and tablets. This method can be used on consoles like the Xbox One and Xbox Series, as well as the PS4 and PS5. And if that wasn’t enough, we can also do it from the PC. If you can do this well, it will give you a lot more ways to play your favorite games.

For PlayStation consoles, you will need to download the PS Remote Play application on your mobile, which is completely free. Through this application, you can connect your smartphone directly to the console. It is a very intuitive app, and all you have to do is download it and follow the steps to link your mobile device with the PlayStation.

In this case, local streaming for Xbox is different from the previous method because the connection will be made from the console, not from the cloud. With this feature, we can connect our Android device to our Xbox console while it is on. The game will technically be played on an Xbox, but you will watch it on your phone.

Lastly, there are several applications for PCs that let us do local streaming. One of these apps is Steam Link, which lets us connect our Android device, this time to a computer. Note that the PC must meet certain requirements, which are listed on the page where you can download the app.

You will need a membership to the Xbox Game Pass Ultimate plan in order to be able to play Grand Theft Auto V using this technique. You will then have access to the Xbox Cloud Gaming after doing so. In addition, in order to buy this subscription, you will need to travel to the main website of the subscription service and follow the instructions that are provided on that page.

After you have completed the purchase of this membership, the next step that you should take is to download and install the Xbox Game Pass app for Android. You won’t have to pay a dime to get this program, and it can be found quite quickly on the Google Play store. You will be able to browse through a selection of games that are stored in the cloud on your Xbox by using this feature.

To use the app, you must first download it and then connect a controller either by wire or Bluetooth. Xbox Game Pass will identify that device if you do this. In order to minimize compatibility concerns when playing, it would be preferable if you used an Xbox controller.

This is the final way to play GTA V on your Android smartphone that has not been approved by the game’s developers. Installing apps and games on Android devices is made possible using APKs, which are downloadable executable files. The term “unofficial APK” refers to a version of an app that is not officially released by the developer.

This is the case with the unofficial APKs of GTA V. These types of files offer us an experience similar to what it would be like to play the original game on our devices, but they are only copies that have been recreated by other developers. And while playing GTA V on an Android device is possible by other methods, the game does not exist on an official smartphone app.

What Are the Requirements to Download GTA V on an Android Device?

GTA V is a Sandbox game that takes place in a giant city, so not every Android device will be able to support such a game. For the methods we show, you need a good device that can run such high-quality apps.

Having a fast and reliable internet connection is also critical to the smooth operation of your business. For example, we can see how this makes the Xbox Game Pass technique work better by making the transfer of data from the cloud to Android work better.

In conclusion, we strongly suggest that you build the local streaming connection utilizing the original controllers that are included with the consoles that you are using. Because of this, you won’t have to worry about any compatibility difficulties that could crop up, and it will also be a lot simpler for you to advance in the game.

For now, we’ll have to try to play this great game on our Android devices using the methods we’ve listed. We are still waiting for Rockstar Games to decide to make a special version of GTA V that we can download from the Google Play Store.