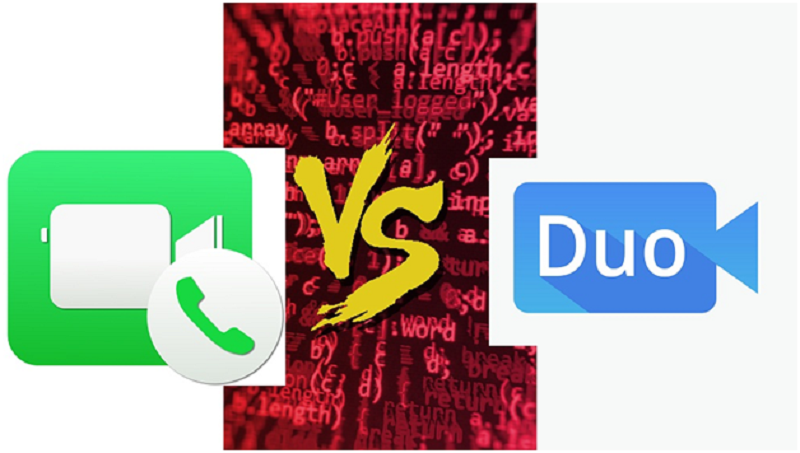 SINCE THE TIME OF 3G BEGINS PEOPLE MAKE THEIR LIFE MORE COMFORTABLE TO CONNECT WITH EACH ANOTHER. The technology market spread very fast at the start of 3G and when we talk about 3G all it comes in our mind is video calling. All the companies were pressurized to make a video call as clear as a consumer is satisfied to see his/her loved one.

We study and find out the two big companies are still making the video call better day by day are Apple company and the Google, we analysis both company best video calling the application in detail so every consumer can identify that which is the best and why. 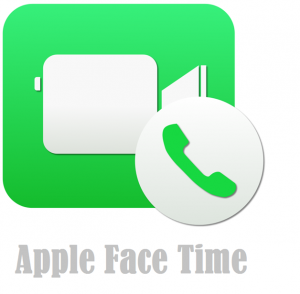 This application is a proprietary video telephony product developed by Apple Inc.

The update Operating system this application is working on iOS: 4 and later & Mac: Mac OS X 10.6.6 and later. This application is been operated by the Apple product platform such as iPhone, iPad, iPad Air, iPad Mini, iPod Touch and  Mac and the application storage size is Mac: 8.8 MB.

This application has both Social networking and iOS Video telephony, Voice over IP (VOIP) and it is available Website FaceTime for iOS and FaceTime for Mac, FaceTime App for Android

The FaceTime protocol is based on numerous open industry standards, although it is not interoperable with other video telephony systems: H.264 and AAC-ELD – video and audio codec’s respectively. SIP – IETF signaling protocol for VoIP. STUN, TURN and ICE – IETF technologies for traversing firewalls and NAT. RTP and SRTP – IETF standards for delivering real-time and encrypted media streams for VoIP.

A new audio-only version of Face Time, named Face Time Audio, was announced during the annual Apple Worldwide Developers Conference (WWDC) keynote speech on June 10, 2013, and released with iOS 7 on September 18, 2013. As an audio-only version of Face Time, it effectively makes the protocol into a voice over Internet Protocol (VoIP) that competes with other mainstream providers in the field, including Skype (Microsoft).

As an audio-only version of FaceTime, it effectively makes the protocol into a voice over Internet Protocol (VoIP) that competes with other mainstream providers in the field, including Skype (Microsoft).

Based on the same AAC-LD audio protocol, the service provides high quality audio. The iOS 7 betas limited FaceTime Audio to calls placed on a Wi-Fi network (the same original limitation of the video version of FaceTime), but the final release has removed that restriction to allow it to work over 3G and LTE data connections, as is the case with most carriers and plans with regard to FaceTime with video.

Like the video version, FaceTime Audio is currently only available for Apple devices. The feature is not available to run on the iPod Touch 4th generation as the device does not support iOS 7 or later. FaceTime streaming over cellular data is unavailable for the iPhone 4 and the iPad 2 as they only support 3G signals.

This Google application is a video calling mobile application which is developed by Google and it is available on the Android and ISO operating systems device. This application was announced on May 18, 2016 at Google developer conference, and its worldwide release began on August 16, 2016. The stable released was Android 18.0  19

Google Duo video calls are in 720p HD video. It is optimized for low-bandwidth mobile networks through Web RTC and uses QUI Cover UDP. Optimization is further achieved through the degradation of video quality through monitoring network quality. The Knock Knock of Android-only shows a live preview of the caller before the recipient picks up, which Google says is to “make calls feel more like an invitation rather than an interruption”. The end is enabled by default. The duo is based on phone numbers, allowing users to call people from their contact list. The app automatically switches between Wi-Fi and cellular networks.

The end is enabled by default. The duo is based on phone numbers, allowing users to call people from their contact list. The app automatically switches between Wi-Fi and cellular networks.

In March 2017, it was announced that Google Duo would let users make audio-only calls. The duo is based on phone numbers, allowing users to call someone from their contact list. The app automatically switches between Wi-Fi and cellular networks. A “Knock Knock” feature, exclusively available on Android, lets users see a live preview of the caller before answering. An update in April 2017 lets users worldwide make audio-only calls. 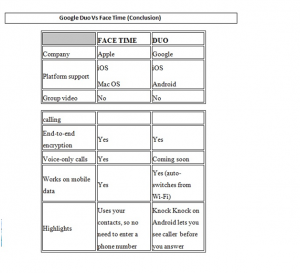