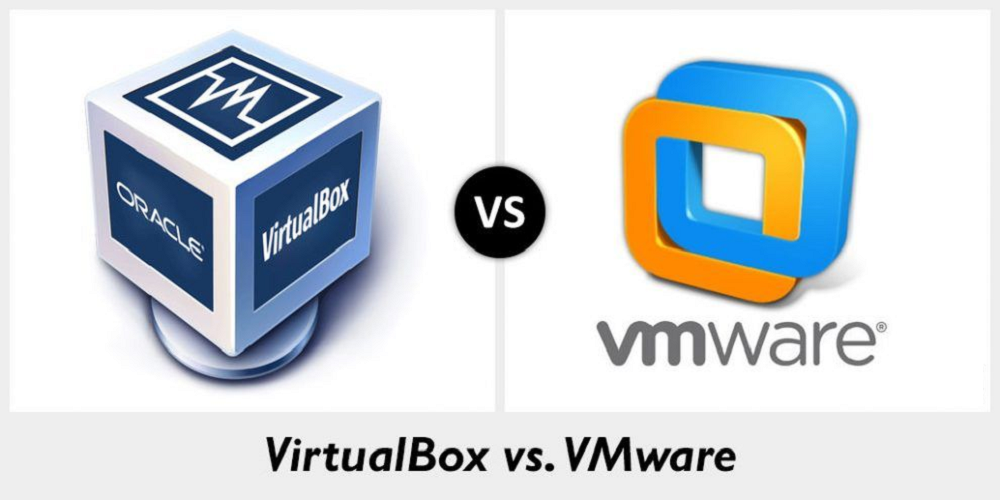 Most people are confused about which machine is the best virtualization because they both come to the specific task provider and maintain their performance, so the question remains the same which is the best  VMware vs. VirtualBox?

Today in this article we will be discussing the virtualization machine and the difference between them which can help you out to get the best choices between VMware vs. VirtualBox, also the updates news and current reviews.

What is the difference between VMware vs. VirtualBox and which machine is better?

:: As per our research, we found out that both the virtual machine software suites for the x86 and x64 computers and allowed the user to run a different OS inside their current host OS.

EXAMPLE OF THE ABOVE QUESTION: If you are having the Windows OS platform and want to operate VMware OR VirtualBox then you can run it on Linux. This opens up a world of endless possibilities for tech enthusiasts; this unlocks the freedom to try out different kinds of OS on the same machine.

If we talk about VirtualBox then first you should know that this virtualization package is developed by Oracle Corporation and was created by Innotek GmBh. This Visual Box can be operated on MAC OSX, Window XP, and Linux and above open Solaris/Solaris. This virtualization has the full range of user base, and it is very much famous all around the world.

As per our research, VMware is also the virtualization software that is developed by VMware Inc a USA based company. It also runs with multiples OS at its workstations such as x86 or x86-64 and supported with the Windows, Mac OS X, and Linux operation software.

“Main difference between the Virtual Box and VMware.”

VMware is a bit faster when it comes to file copying operations but for small files both software are performed the same. As per our research team, we use the 1GB files for both the software, and the results show as,

With the latest improvement in Virtual Box, it comes very close to VMware and takes less than 75 seconds to copy the same 1 GB file.

As per the research we have seen that the multi-windows as the more approach then the single windows interface and it is better which offers greater freedom to different flexibilities.

**VirtualBox:  It comes with the multi-windows function

** VMware: It comes with the single windows interface.

Although we do agree that this is purely subjective that some prefer to have less clutter and would vote for a single-window but Virtualbox is right when it comes to the user interface.

As per the booting and using the OS both virtual machine feels the same results, so Virtual Box and VMware are same at this point.

For the network tested the result shows as this

** VMware: It is easier to use when it comes to networking.

** VirtualBox: it is slightly tricky in the sense that you have to manually create a bridge network if you wish to be on the same subnet as your host.

Note: For someone who is unfamiliar with the bridge network, Virtual Box can be quite technically challenging.

Per my personal experience which is the best “VMware vs. VirtualBox.”

So this is for virtualization type two improvised mainly all virtualization software don’t operate seen on operating software on there, so you use to allow window computers to create the interface of Linux or you are using the Mac computer like I do and create the interface. You installed virtualization software on it so you can do it. So Virtualbox is most people favorite and has the highs users. The reason is that it is mostly free and open source and there are other user-friendly options are also available in VirtualBox.

There is a VMware for Mac or Vmfusion, beyond that there is per vales and many options available, but the question is what do I prefer?

As per my work and point of view, I prefer VMware for my uses.

1# I have to buy one license for my one Mac that I have to run it on, and the charges are 50bucks (not the big deal). For private nonprofit it is free used for commercial use, you have to pay 50 dollars, so that’s why I little wigglier with the open-source software and prefer to paid license software.

2# It does not start getting a frame and no license issue.

3# It is good for working

4# Provide excellent results without an interception.

5# Not such problems are noticed.

6# Technically VMware is the little bit better than other virtualization software.

7# It provides the lot of new technology you didn’t even think about it.

So there is a question between VirtualBox and VMware as you can also see when you go for it, sometimes you guys are not specific when you say Virtualbox or VMware.

So the question raises that if you implement this Virtual machine into a production environment such as a web server or file server or other kinds of server, so the type two hypervisor builds on top of OS instead of type one hypervisor.

I install windows ten on to a machine, and when I connect a Virtual box, and then I install Linux on the top of all. Window 10 brings up to 1 to 2 Gigs of rams which brings up all these resources to simple for windows 10 and be operational.

Beyond that, you can have some security issues, if the come body can compromise into your windows 10 post operating system it can solve the problems.

The question which is better than other VirtualBox or VMware, the right answered for this question is that each has its pros and cons and it all depends on user preferences and tastes. It depends on the user need of clean single-window interface or prefers a multi-windows approach. Both are the virtualization software and you need to be deciding which one is the better one as per your task requirement.

The PirateBay: The Pirate Bay Proxies and Mirror links 2021