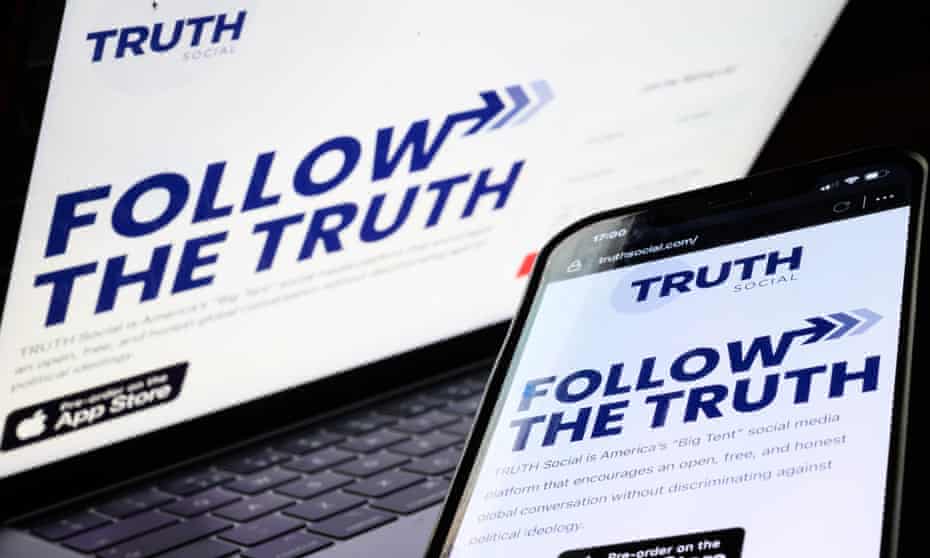 Are you daring enough to speak the truth but are not getting any platform to do so? The wait is now over as Donald Trump’s much-awaited application in the name of Truth Social is here to set the market on fire.

Truth Social has finally rolled out for iPhone users on February 2021; however, the date for its Android launch is still a mystery for all. Keep in mind that the application is only compatible with iPhones so all your efforts of searching it on iPad will go in vain. Also, the app is available for US users only and only time will tell whether it gets released for international users or not.

Are you an Android user and looking forward to the app launch date? Continue scrolling the page and dig about the application a bit deeper.

A Brief Guide To The Truth Social App

Before getting into the app release date, it’s good to know about the app in a bit more detail. Launched by Trump Media & Technology Group (TMTG), Truth Social is a social media platform. TMTG is an American media and technology corporation founded by former US President Donald Trump on February 21.

This platform operates on Mastodon which is a free and open-source distributed social network. It is licensed under the GNU General Public License version 3.  The website went live in 2021 and only users in the United States and Canada are currently utilizing the service.

Trump Media & Technology Organization released a statement on October 20, 2021, announcing the system’s official release in “the first quarter of 2022.” It was supposed to go into limited beta for iOS in the Apple App Store in November 2021. Even though it didn’t fulfill that deadline, Trump stated in December 2021 that “guests” were already utilizing the beta site.

The URL which allowed users to join the platform and use it was disclosed on social media. The Trolling developed on the platform, with users creating fake profiles and posting rants and memes. Users might sign up using the usernames of well-known people like Trump, Mike Pence, and Jack Dorsey. Later, the link got taken down.

Features of the Truth Social App

Truth Social is all about Truth, Truths & Replies, and Content. It comes with an easy-to-use interface and looks identical to Tweeter. However, the concept of both applications is way different from each other. The app was created by T Media Tech LLC, Donald Trump’s news organization.

To use the Truth Social app:

Since the application is currently limited to iOS users only, it is speculated that Android users might also download the app in the coming weeks. However, no official announcement has been made in the context to the same.

When will the app launch for Android users?

The makers of the application gave no word on when the app will be available for Android users. The Sun quoted a computer analyst saying, “There is no hard date reported from Trump’s team or the Android store.” There were no responses from any reliable sources when multiple users resorted to Twitter to obtain the solution.

Additionally, the software is currently not available on India’s App Store, and it is unclear whether it will be made available to international users or not.

How does the Truth Social App work?

The platform has adopted a “Big Tech” approach, according to the information supplied by the app’s developers. Users’ posts will be referred to as “truths” and will function similarly to tweets. Below each post, there will be buttons to reply, share, and like it. Users will also be able to keep up with current events via the app.

Yes absolutely. Truth Social, like every other mobile application, obtains users’ information and it clearly states what data they collect from the customer. The sources claimed that Truth Social may gather the person’s contact details, the material stored on their machine, and their online activity.

Contact information, identifiers, usage statistics, and diagnoses are among the data recorded by this application that is not connected to a particular customer. This social media platform is mainly geared for those politicians who complained about Twitter for censoring their views or accounts several times.

So, that is all about the Truth Social app Android release date. While this social media handle is currently available for Apple users, there’s no date available for its Android launch yet. Moreover, the app is available to US users only and it is totally unclear that whether will get released for other countries or not.

We will keep you posted as soon as any date regarding its Android version will get released. Until then, stay in touch with for more such interesting updates.

Going Paperless In 2023? Here’s How You Can Secure Digital Files