Mobile Updates
Home Apps How to Start a Web3 Application 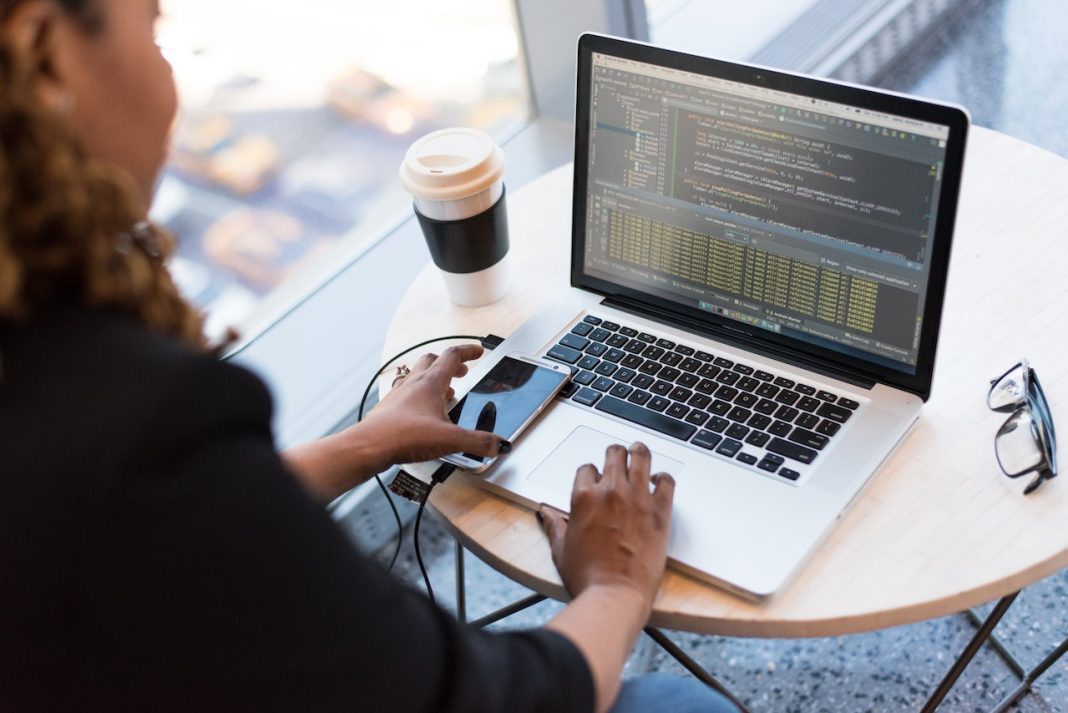 Recently, there’s been several discussions around Web3 and Web3.0 among different tech enthusiasts. If you searched google, you’d find different information hinting at Web3. Most of the available information seems technical, but it’s essential to understand Web3. Why? It’s an upcoming technological advancement that will mean more users and investors, so it’s necessary to understand it before its boom increases.

To understand Web3, you need to know about Web1 and 2 briefly. Web1 was the first web application that was “read-only” internet technology. It’s the likes of Yahoo and Britannica Online, where users only got the information without contributing. Web2 is our current internet technology, where users can interact while accessing online content. But, Web2 existed within a server-client structure, with a third party as an intermediary.

There are so many technological changes the emergence of Web3 is about to make globally. However, the introduction of Web3 means that the centralized system of Web2 will be dismantled. Users won’t need an intermediary for exchanges like bank transfers. For instance, with Web3, you can buy usdt without being facilitated by a bank but through a blockchain system for better accountability and transparency.

There’s been a lot of buzz around Web3 due to its distinguishing factor from Web1 and Web2. In simple terms, Web3 is the third generation of internet and web technologies. Like cars come in generations that are more advanced than the previous, so is web technology.

Web3 will be a decentralized web ecosystem where there are no mediators. Instead, activities are organized and facilitated through blockchain technology. Web3 will be operated through Web3 internet applications, which are expected to use only virtual and augmented reality. The reason for this is so that it can understand and interpret each communication on the internet.

With Web3 internet applications, users will retain ownership rights instead of how Web2 operates. For instance, with Web3, banks won’t need to act as intermediaries when you need to send money. Web3 technology allows you to send transactions through a decentralized blockchain wherever the blockchain does necessary verification through its computing powers.

The entirety of the sustenance of Web3 is hinged on a sophisticated level of technological innovation. Also, Web3 tasks will be primarily done through an application compatible with Web3 technology.

Understanding Web3 Applications and How They Function

Undoubtedly, Web3 will play a major role in the future of technology and the many advancements that will flow from it. Web3 applications, on the other hand, operate using Web3 technology features. The applications incorporate blockchain, artificial intelligence, neural learning, Big Data, VR and AR, dimensional interface, and distributed computing.

An example of a Web3 application is a Web3 crypto app called Crypto Lending. Crypto Lending has become a booming Web3 app in the cryptocurrency market. Here, savers provide finance for loans through a decentralized financial platform and earn interest as well. The process is conducted smoothly without a third party; all required is a blockchain and a smart contract entered by the parties involved.

How to Create a Web3 Application

With the boom of Web3, many developers are looking into developing Web3-supported applications. However, developing a Web3 application requires advanced technical know-how since it’s a web technology that provides users with security and reliability.

It is recommended that the task of developing a Web3 application lies on an experienced development team with top-notch expertise in cybersecurity. Some Web3 projects that stand out today are Blockchain, DeFi ( Decentralized Financial Platform), NFT (Non-fungible tokens), and many others.

However, developing a Web3 application follows eight various steps. They include;

Just like every other project, before you embark on developing a Web3 project, you must have an existing idea for the project. Here’s the point everyone involved in the development process meets and deliberates on the project solution.

At this stage, you’ll also include the application’s business aims. Questions that follow during this stage include;

Before the developers start work, the questions should be answered and drafted with descriptions. But not having the entire picture is not an issue; there’s always the developer to provide more perspective into the project.

The next step is documenting the technical specifications of the application. This will serve as the development manual for the project that also explains the business aspect. The documentation’s technical needs, project deadline, budget, and possible risks are detailed.

To draft a comprehensive technical document, the documentation must include;

Once this technical documentation is made ready, the developing team gets it approved by the client, and a budget is drafted. Once this has been agreed upon, the developer will conduct a functional decomposition, which helps to create a project plan. The plan will map out the various angles of achieving the Web3 solution.

Step 3: Creation of the Web3 Prototype

Creating a project concept is the next stage once a project has gone into production mode. The reason is to test the interface design, which defines the entire project. If a prototype is not created and the user interface is complicated, attention won’t be paid to the application.

To avoid creating an application that does not meet the demands of users, study competitors and target audiences to understand taste. Understanding this helps you implement your findings into the technical documentation of your project for better results.

The corrections made to the prototype will help the developer develop a better tab design that suits the client’s needs. Before any UI/UX design is approved, it is tested before a focus group that represents the target audience. Here, the client receives;

Depending on how technical creating the particular Web3 application is, it can take weeks to months before the final result is achieved. Experts in this area note that it takes up to a year or more for Web3 video games or Virtual Space applications.

Once everything is ready, there will be;

Step Five: Beginning of the Development of the Application

This stage involves agreeing on the developed concept by developing a minimum viable product that tests the functionality of the project. It’s advisable to do this, especially for clients who want to check the perspective of their ideas on a low budget within a short time.

If the above is not asked for, the project immediately moves to the completion stage of the application. The functions, integrations, and design solutions are now added to the Web3 application.

The developers of every Web3 application will develop the front and back end.

It’s the part of the Web3 application that users interact with. For instance, these are the following development tools the developer uses for a cryptocurrency wallet;

The backend is responsible for the inner part of the application. It functions as the connector of the interface and the data access level. For a cryptocurrency wallet, developing the backend will involve tools like;

Testing the product after development is essential to fact-check everything necessary before launch. It is essential if the Web3 application being created is one that’ll handle money and big business user data. Testers and QA specialists use manual and automated testing to check for irregularities.

During the test, the following things are vetted;

The Web3 app is almost ready and ready to launch at this stage. But before then, verify if it meets the requirements of the app sites, use best vpn services to enter. After that, it is deployed and published on stores like Apple App Store and Google Play Store.

This is post-launch support, where the developer agrees to work on support with the project. It’s not mandatory but necessary for efficiency. It’s usually a longer-term period of training the in-house team on how to navigate the application.

How to Become a Web3 Application Developer

Due to the high demand for Web3 developers, they are one of the biggest earners in tech. Web3 application developers are highly sought-after. To become one, you must be proficient in advanced tech and programming languages. Web3 developers are also in demand because they are building what will become the backbones of Web3 technology.

To become a Web3 developer, you have to go through in-depth learning on;

Every Web3 developer has to have proper knowledge of blockchain, starting from its fundamentals. It helps you understand what is possible for the Web3 app you’re building when it gets to the technical drafting and building stage.

Decentralized applications are applications built on top of a blockchain. DApps are necessary for easy and secure crypto money transactions. As a developer, you’ll have to learn how to work around DApps.

Learn about HTML, CSS, CSS Framework, Programming Language, JavaScript, and many other basics required to become an expert in the area.

Ethereum is one of the most popular blockchains used for smart contracts. As a Web3 developer, you must know this area.

As a Web3 developer, understanding the concept of Smart Contracts is not enough. You’re required to learn everything about smart contracts and be able to develop them.

How to Invest In Web3

Introducing new technologies with the potential to overtake the world calls for many people to invest in them, especially when it has to do with learning how to invest in Web3. The reason is that, once it takes off, the investors stand a chance of earning huge rewards. There are many ways to take part in Web3 investment. They are;

One of the simplest methods to quickly invest in Web3 is purchasing cryptocurrencies. Cryptocurrencies are already growing and will have even more solid grounds in the future. Despite the volatility of crypto, developers see it as the “economic engine” of the future.

Another way to invest in cryptocurrency is by buying stocks from companies like Microsoft that are involved with Web3. There’s also the option to invest in startup Web3 companies.

Investing in blockchains like Ethereum also helps to make way for the future of Web3 DApps. Web3 Apps like Decentralized Finance and Non-Fungible tokens use blockchain and rely on Ethereum technology to function. So, investing in Ethereum clears the path for more Web3 innovation.

Web3 is still at its developmental stage, and many technological innovations are required before it can scale. As a beginner, you must invest time into ensuring you understand every bit of  it before getting involved with it. If it appears like after several tries you still do not understand how it works, you can seek professional help to guide you. For Web3 to become efficient and reliable for use, it will require the presence of high-tech devices, which are still in progress.

How to choose the best voice recorder for your needs