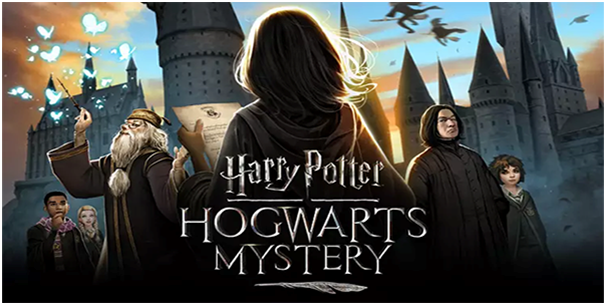 The world of Harry Potter came to life in a spellbinding new game last month, allowing players to attend Hogwarts School of Witchcraft and Wizardry. Exploring Hogwarts Castle and investigating the latest mystery, the new game puts you at the center in the very first Harry Potter mobile app.

Harry Potter is still as famous today as it was 20 years ago and a recent survey by mobile app agency, The App Developers, shows that people of all ages will likely use the game. In the survey, it was found that both males and females from every age bracket downloaded entertainment apps (games, music, streaming) and Hogwarts Mystery has been no acceptation:

The magical world of Harry Potter is loved across the world and in 2012 the website Pottermore was formed. This was a place for ‘Potterheads’ to unite, however, with the popularity of apps increasing fans were waiting for a Harry Potter app to be made.

In the survey by, The App Developers, 48% of people said they would use an app over a website, if the experience is better, with an extra 10% saying they would always use the app version. Also, 74% say they only download free apps, while40% of people download around 1-5 apps every year.

Not One but Two

Fans of Harry Potter will be delighted to hear that more Harry Potter inspired apps areto be released, starting withWizards Unite. Influenced by the popularity of Pokémon GO, Harry Potter: Wizards Unite offers players the chance to hunt for magical creatures, cast spells and much more, through the magic of augmented reality.

Apps are the next step for the world of Harry Potter and when looking atthe search traffic for each platform, it was found that Pottermore received 52%, Hogwarts Mystery 59% and Wizards Unite 63%. Additionally, the survey corresponded with these results as 50% said they would sometimes recommend an app to their friends, and another 10% said they would always recommend a good app.

About The App Developers

The App Developers are an award-winning mobile led design & development agency, working with corporates & start-ups across multiple sectors. All products are created adopting a user-first methodology, and solutions are designed taking an expert think-tank approach to business pain points and objectives.  Everything is built with ROI in mind.  The App Developers have worked with brands such as Fujifilm, Exxonmobil, Sainsbury’s, Walkers & many emerging and disruptive start-ups.

The App Developers surveyed over 300 men and women within the UK between 07/02/2018 – 12/02/2018 to discover their thoughts and opinions on mobile apps. Respondents were asked 10 questions regarding which apps they use the most, how often they download apps and whether they make in-app purchases. The App Developers then analysed the results.