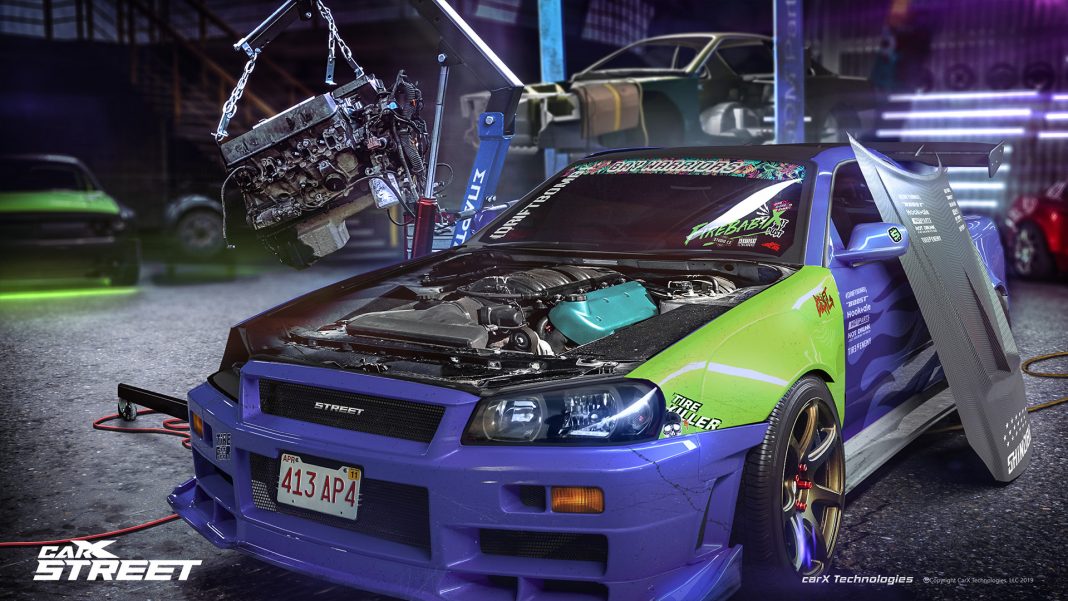 Are you madly in love with racing games and looking forward to the new options? Well, then you are in luck as CarX Street is all set to make its Android debut. With stunning graphics, numerous modern vehicles, and amazing gameplay, this night racing is expected to exceed all expectations of gamers worldwide.

CarX Street is created by the famous CarX Technologies and it will definitely make players head-over-heels for the same. It lets gamers enjoy rough racing on all terrains, ranging from busy and crowded streets to mesmerizing coastal highways to spiral mountain roads. The game is basically the test of your driving skills and reflects what you can really achieve with your existing driving talent.

Additionally, you’ll be going to enjoy picturesque backdrop views, which are undoubtedly the cherry on the cake. CarX Street is all about drift, speed, and traffic, and challenges players in a real-time scenario.

The game was initially planned to release on Steam only, but thanks to its popularity and fandom, developers have now decided to bring this night racing game to Android smartphones to widen its access.

So, are you curious to know about the CarX Street Android release date? Look no further and scroll down the page to the end and find everything you are looking for. We hope that our research will definitely help you satiate your curiosity.

When will CarX Street become available on Android Smartphones?

If rumors are to be believed, then CarX Street might get released for Android phones in September 2022. The tweet claiming the same is done from their official handle, saying “The Android Version and worldwide release are still scheduled for September this year”.

However, no specific date is yet mentioned and we can just wait for further information. We will update the post as soon as we get any info about the official release date, till then you can keep visiting the page regularly.

A Quick Introduction About the CarX Street

Are you waiting for the Android release of the CarX Street? Well, before the game will be actually made available on Android, let’s just learn more about the same to have a clear and better idea.

CarX Street is an open-world car racing game, designed with the intent to entice racers all around the world.  It mainly puts your driving skills to the test by throwing new and unique challenges at every turn.

The best thing about the game is that it boasts dynamic and high-level vehicles to make the game more difficult than you have ever imagined. What’s more, it also allows you to customize your car based on your preferences to make it more unique and strong. However, for this, you need to make some in-app purchases.

It is a multi-player game, so you can enjoy racing with all your friends and get one-of-a-kind experience. The game also features multiple maps for racers to drive and drift. It is equipped with vibrant visuals and cool gameplay mechanics to entice players worldwide.

According to our opinion, CarX Street can be considered as a full-fledged successor to the all-time classic racing game, Need for Speed. It boasts everything that fans of this genre like, such as a beautiful and stunning backdrop, dynamic vehicles, street racer clubs, customization of cars, challenging terrains, multiplayer mode, a variable turning system, and a lot more to count.

This modern racing arcade game is designed in such a way to enthrall extreme sports enthusiasts who are ready to conquer the the gameplay with their masterful driving skills.

Some of the features that make this game worth adding to your list include:

However, keep in mind that it will include in-app purchases for certain elements to smoothen your game. Also, since it is an online game, you will require an uninterrupted and strong internet connection to play the same.

That concludes with the CarX Street Android Release Date. The game is scheduled to be come out in September 2022 for all Android-based Smartphones. It is already released for iOS as a beta version so you can enjoy its graphics and gameplay if you have an iPhone too.

So, what keeps you waiting for? Bookmark the page as we will keep updating the post with other relevant information about the game. Till then, stay connected with us for more such guides.